With the school year rapidly drawing to a close, I thought I would compile a list of all the fun treats I came up with to send in for special holidays and birthday treats over the past 10 months.  I love the chance to get creative in the kitchen, so when the opportunity comes up to bring in a themed treat I am more then happy to sign up and bake up something new. END_OF_DOCUMENT_TOKEN_TO_BE_REPLACED 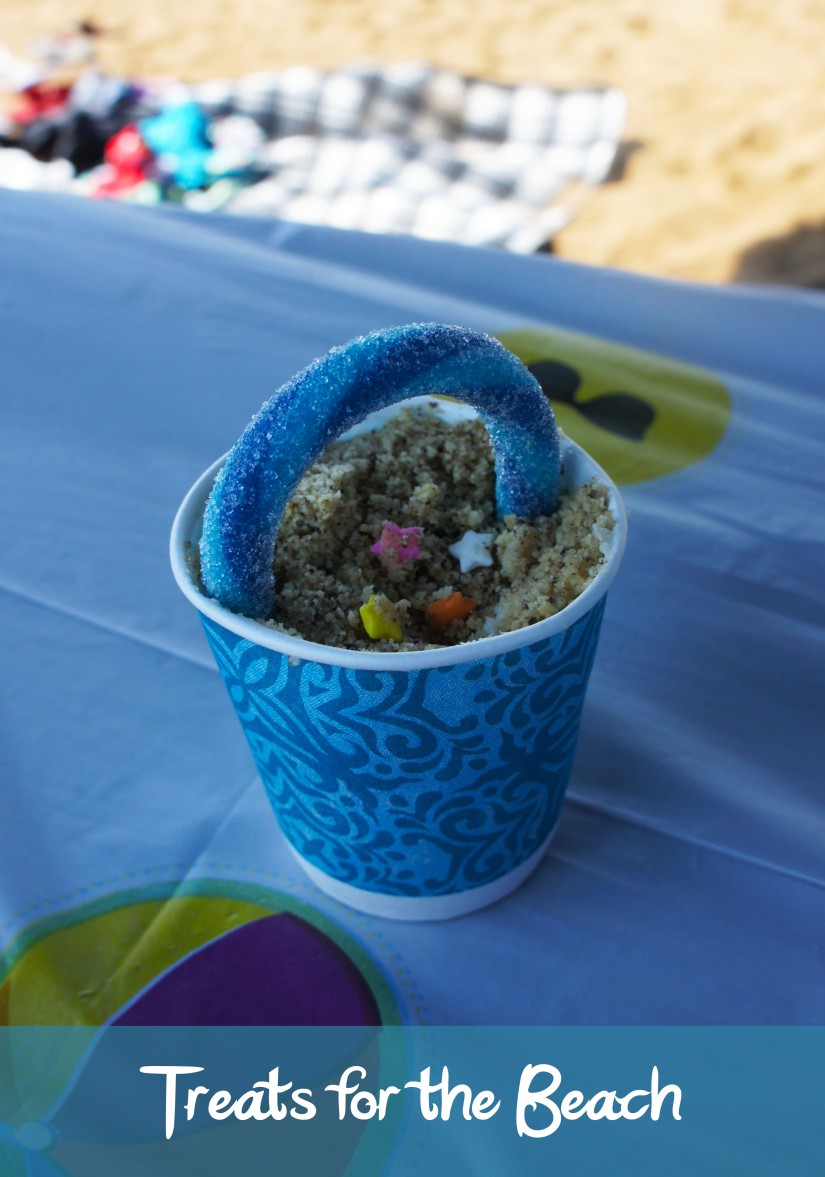 This week we hosted another playdate at the private beach in our subdivision with a bunch of our friends from playgroup.  The kids and I spend so much time together that it is nice to plan dates that give them a chance to play with other kids and me a chance to actually get some adult interaction in.

I seem to be going into a little bit of party planning withdrawal because I felt the need to whip up a few last minute treats for the occasion.   I always find recipes I would like to try, so it is nice to make them when I have a crowd and won’t end up consuming the majority all on my own.

Not long ago my sister posted this adorable Summer Sand Pudding from Ma Nouvelle Mode on my Facebook timeline and I have been wanting to put my own spin on it and make it into individual beach buckets.  What better place to serve it then on a beach playdate? 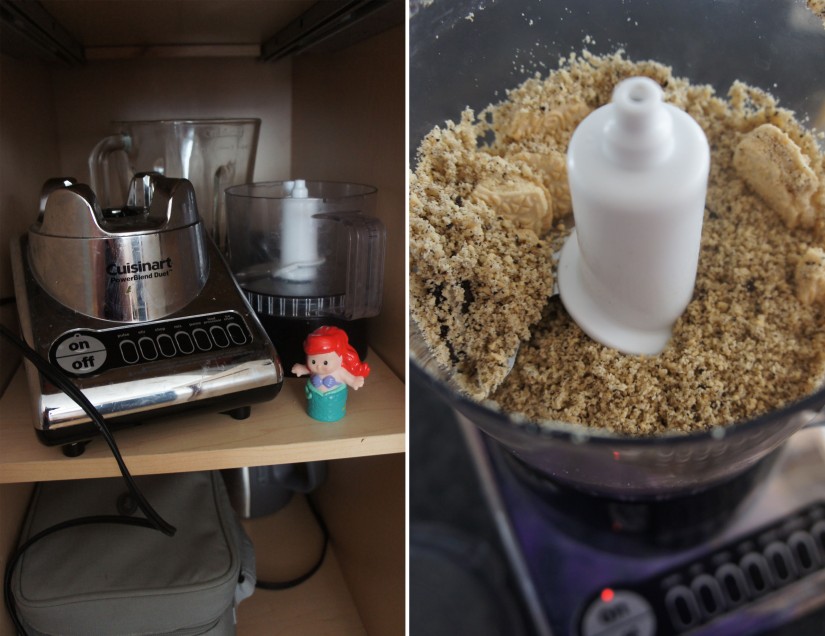 To make the sand, use a food processor to finely crush the entire package of Golden Oreo’s with 2 or 3 of the regular chocolate Oreo’s.  The original recipe calls for Vanilla wafers so those can also be substituted for the Golden Oreo’s.

(I discovered Ariel tucked into my pantry when I went to take out the food processor and thought it was quite fitting for the task at hand!) 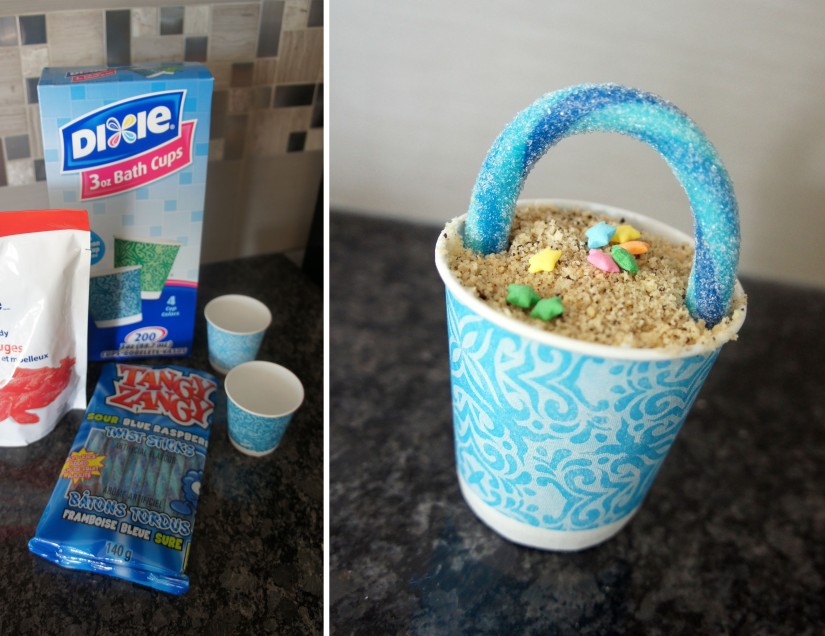 To assemble the sand pails, I layered the pudding and cookie crumb mixture in Dixie cups – pudding, cookie crumbs, pudding, cookie crumbs.  I found some blue candy twists for the handle and simply inserted those in, forming an arch.  I was planning to finish them off with a candy fish but ended up going with some star shaped sprinkles instead.

If you can’t find Dixie cups, any small cup will work.  I have seen shot glass sized red solo cups that would be cute with a red licorice handle.

Both the kids and adults really seemed to enjoy the pudding – the kids were happy because of the sprinkles and sour candy handles, and I think the addition of the cream cheese made it a rich, decadent dessert for us grown-ups.

I also got around to making The Scent of Orange’s Watermelon Salsa I included in my Refreshing Watermelon Ideas post a few weeks back and it did not disappoint!  There was some tedious chopping involved, but it came together fairly quick and was something you could easily make a day or two ahead of time.  I was a little skeptical of the ingredients, and even bought some tomatoes as backup, but the watermelon pairs so perfectly with the cilantro, onion, cucumber and lime juice that it is all you really need to create a refreshing salsa.  As a bonus, I also found the watermelon is far easier to dice up then a bunch of tomatoes would be and you still get the nice traditional red color of salsa from the watermelon.  For our playdate it was served with tortilla chips, but I think it would also be a good summer meal on top of grilled chicken.

Who doesn’t love a fruit skewer?  I believe I have a few different versions of these pinned on my various pinterest boards, but I have never actually made them for any of my parties.  I love the idea, but always get to thinking that sharp skewers and children would not be a good combination.  I had some Dollar store wooden coffee stir sticks in the pantry leftover from creating cupcake toppers, so I decided to try using those and they worked perfect!  No one stabbed themselves and the kids all seemed pretty excited to eat their fruit off a stick. 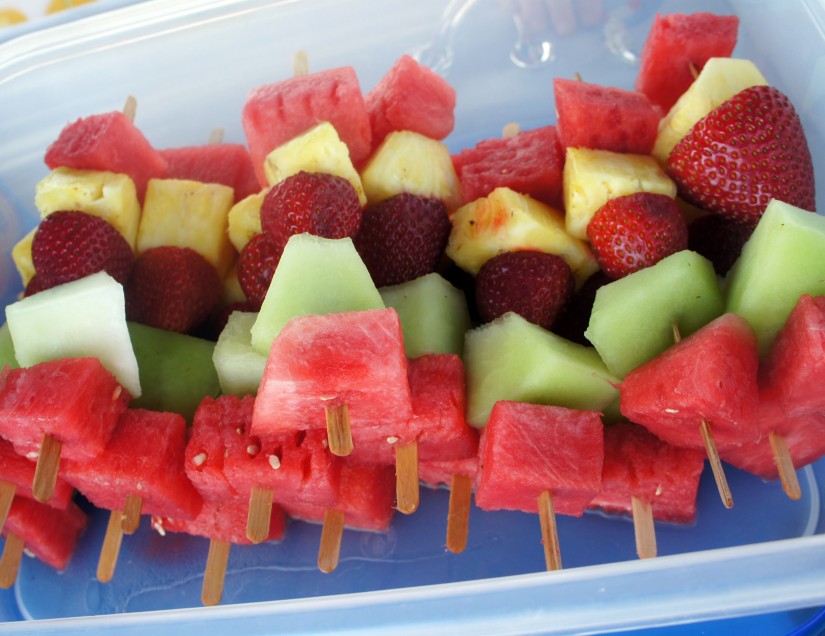 My skewers included honeydew, watermelon, pineapple and strawberries but you could do just about any fruit you want.  To make it even easier, you could even buy the Costco fruit tray and just skewer the pre-cut fruit pieces!

One other item I made were some corndog muffins.  They ended up sticking to the pan and weren’t really picture worthy, but they did taste good and I think they are worth attempting again with a different cornbread muffin recipe and some better non-stick spray.  I like that they are easily portable and can be served at any temperature, making them an easy picnic item.  I was short on time so I used a cornbread mix and simply inserted one inch pieces of hot dog into each mini muffin well, then baked as directed.

All in all it was a great day.  I can’t say enough good things about our lake and I am so happy we are able to invite our friends to share in the fun on hot days.  There wasn’t much time for adult interaction with the young kids going in ever which direction, but they all enjoyed the beach so that is what really counts.  And it did lead to talk of planning a kid-free mommy’s night out so hopefully we can make that happen!