For the past few years, my in-laws have begun travelling south to warmer weather for 2 months out of the year.  I think it is amazing for them that they are able to do this, but it unfortunately means they miss out on some of the grandkid’s birthday celebrations, including Camden’s.  To make up for it, we usually have a special visit with them as soon as they are back from the States.

When I began planning Camden’s Olympic theme party there was some resistance from him because he loves Ninja Turtle’s and he would have much rather that be the theme.  So I did as any mom would do and negotiated with my then 3 year old to get what I wanted.  Our compromise was to do the Olympic theme as his main party and then I promised a special Turtle celebration with Grandma and Papa once they were back from their trip.  We had also just moved into our new home so we had a couple good reasons to have them over to celebrate! 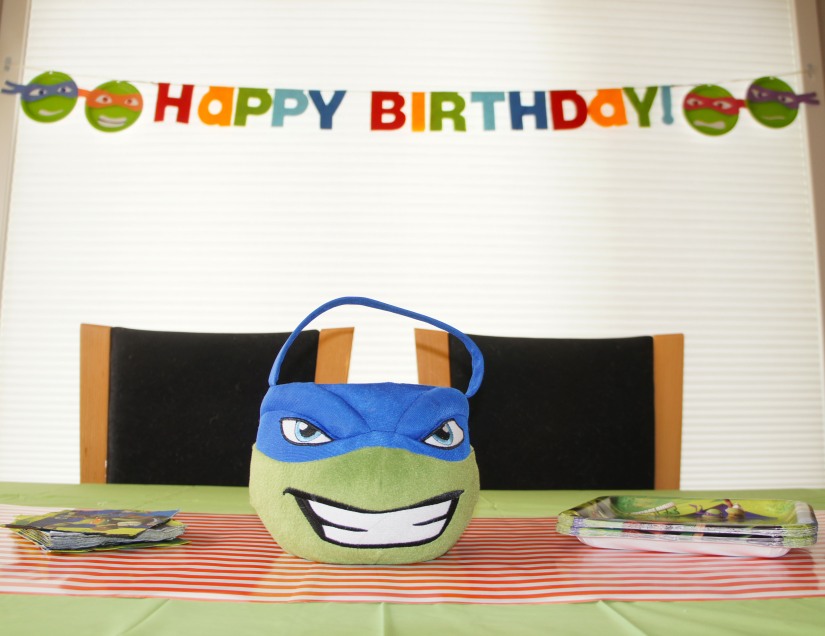 The piñata was all Camden’s idea.  After watching an episode of Special Agent Oso about pinata’s, he insisted it was a necessary party element.  I tried to come up with an idea that would fit the Olympic theme, but he ended up spotting these Ninja Turtle piñata’s at Bulk Barn and was so excited I couldn’t say no.  I had originally planned to let him and his friends do it at his Olympic party, but he insisted it had to wait for the Ninja Turtle celebration.  He was happy he got his piñata and candy, and I was just happy to not have to tackle a paper mache project!

I used some green paper dessert plates and construction paper we already had to make a few Ninja Turtle decorations*.  Paired with the felt “Happy Birthday” banner I had bought at Target in the summer, it was enough to set the mood and add a special touch for my birthday boy.

*This last minute construction paper and paper plate banner has been one of my most popular pins on Pinterest so I have made it easy to create your own by sharing a new printable version on Moms & Munchkins.  Hope on over for full instructions and more great Ninja Turtle party ideas. 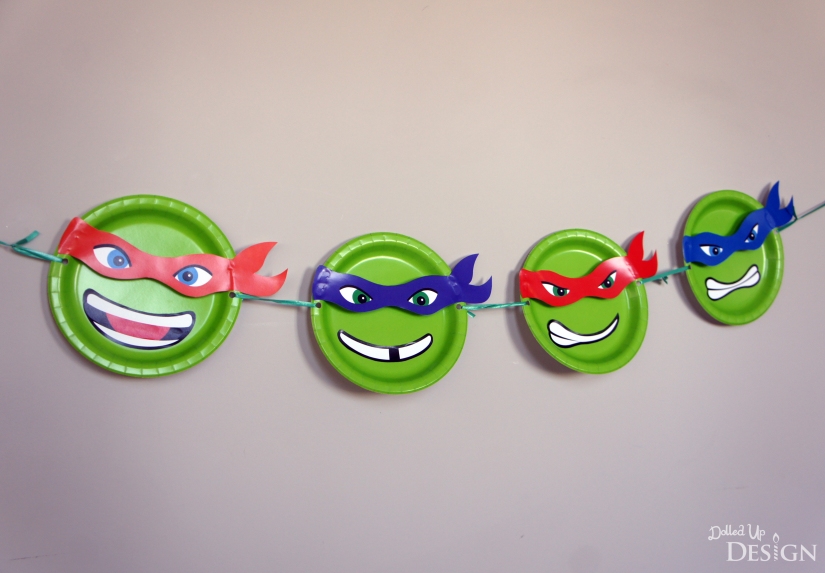 For dinner we ordered in pizza and I made some simple turtle inspired fruit and veggie trays. 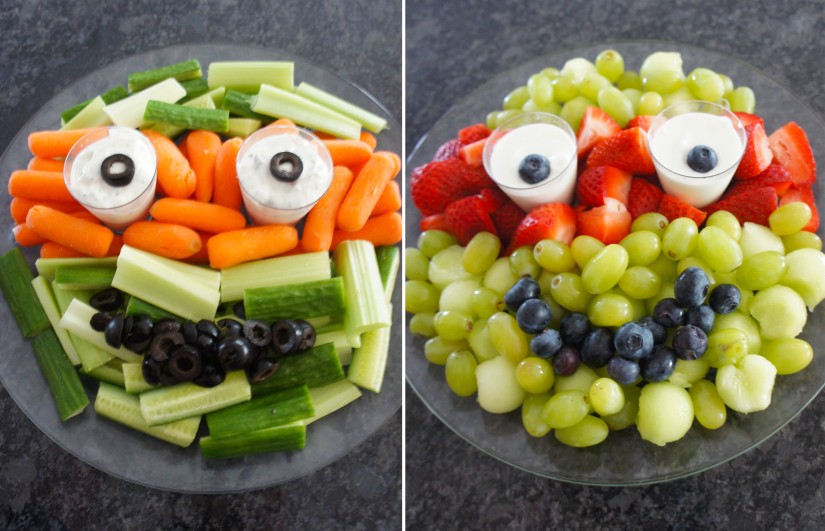 Dessert was also pizza, but of the ice cream variety.  The day before, I baked a boxed brownie mix “crust” in a round spring form pan and Camden and I had fun piling on softened ice cream and then decorating it with chocolate sauce, mini M&M’s and mini peanut butter cups.  It was simple and the final result was pretty darn delicious!

I know to some it might seem like a lot of effort just for dinner with the in-laws, but it really didn’t take much to pull it together and make my little boy happy.  I enjoyed doing it and it was worth it to see his excitement. 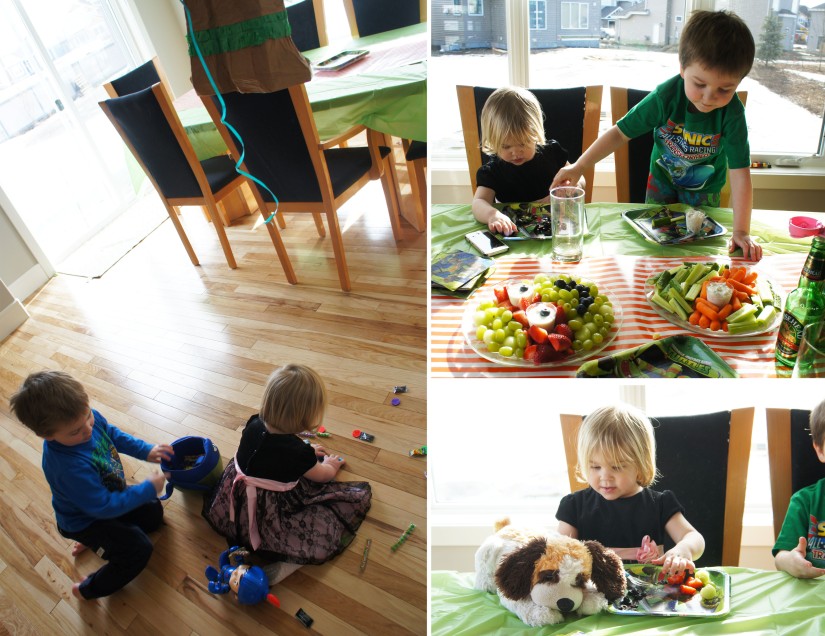 And, despite all my special touches, I think the most exciting part of the day for Camden was actually bedtime thanks to his gift of brand new Ninja Turtle bedding from Grandma and Papa!  As soon as they left, he was asking every 10 minutes if it was time for him to go to bed yet.

6 thoughts on “Pizza and a Pinata for my Ninja Turtle Fan!”