It has been far too long since I have posted, but I am very excited today to be sharing a different design project of sorts.  I have decided to try my hand at creating my own Lego IDEAS based off their popular BrickHeadz product line.  I love these quirky block shaped characters and knew the ever iconic Garden Gnome would lend themselves perfectly to being re-created in this brick format. END_OF_DOCUMENT_TOKEN_TO_BE_REPLACED

I had the pleasure of being my sister’s Maid of Honor last August – my first time being in a wedding party!  I was thrilled to be part of my sister’s wedding day and excited because it meant I got to plan a Bridal shower.

When my sister first told me she wanted a gnome themed Bridal shower, I wasn’t quite sure if she was serious about it or just pulling my leg.  After confirming that was indeed her choice of theme, I began designing and acquiring gnome related items.  She was very specific about the style of gnome she wanted so while I found plenty of gnome statues, none of them quite fit with her vision.  In the end, I designed my own gnomes to use on her invites and as cardboard cut-outs for table decorations. 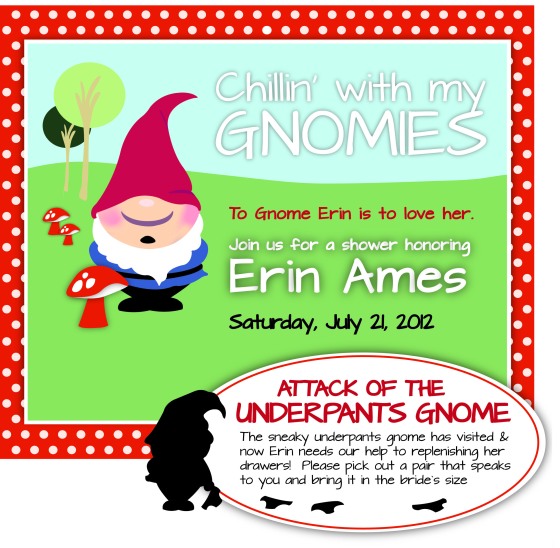 The main food table was decorated with mushrooms, fake grass and plants, and a white picket fence.  A banner with the Bride and Groom’s name was strung across two topiary trees and cardboard cut-outs of gnomes were placed throughout. 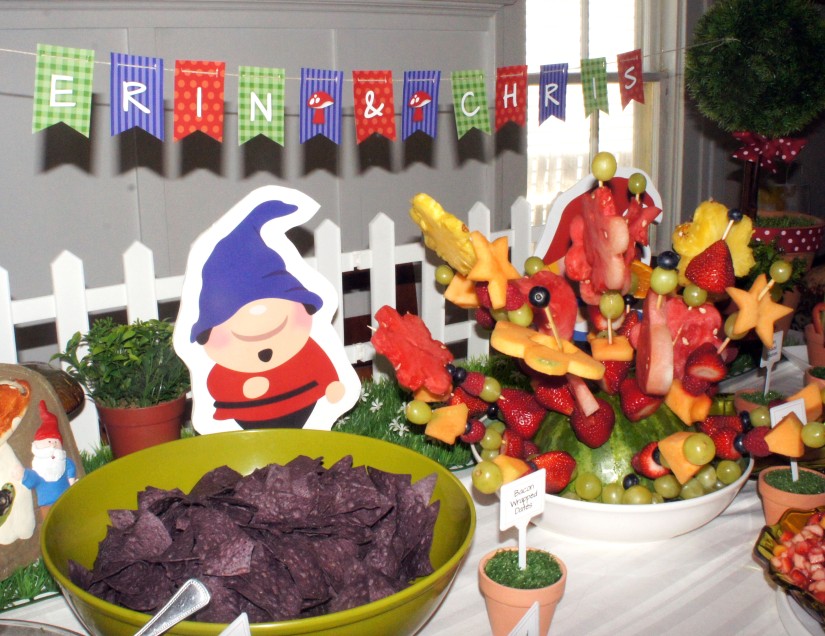 I think that food is one of the most important aspects of a shower, so I spent a lot of time scouring the internet for finger food recipes.  The final menu I made included bacon wrapped dates, baked brie pops, mini twice baked potatoes, veggies and dip in small flower pots, stuffed mushrooms, and chicken salad rollups.

Other guests were kind enough to bring the amazing fruit bouquet, mango salsa with tortilla chips, and a fruit salsa with cinnamon chips.

Desserts included s’mores bites and a beautiful cake with adorable toadstool cupcakes made by our friend Katy. 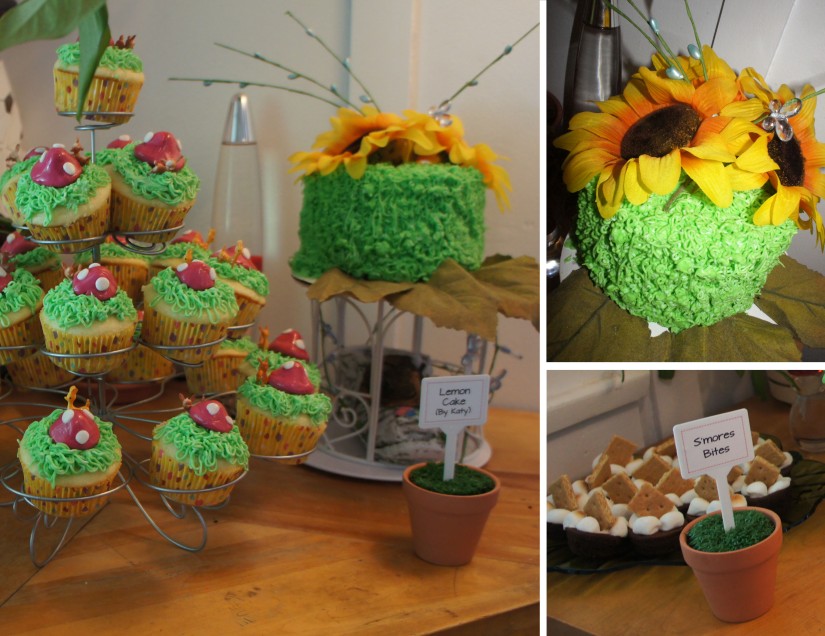 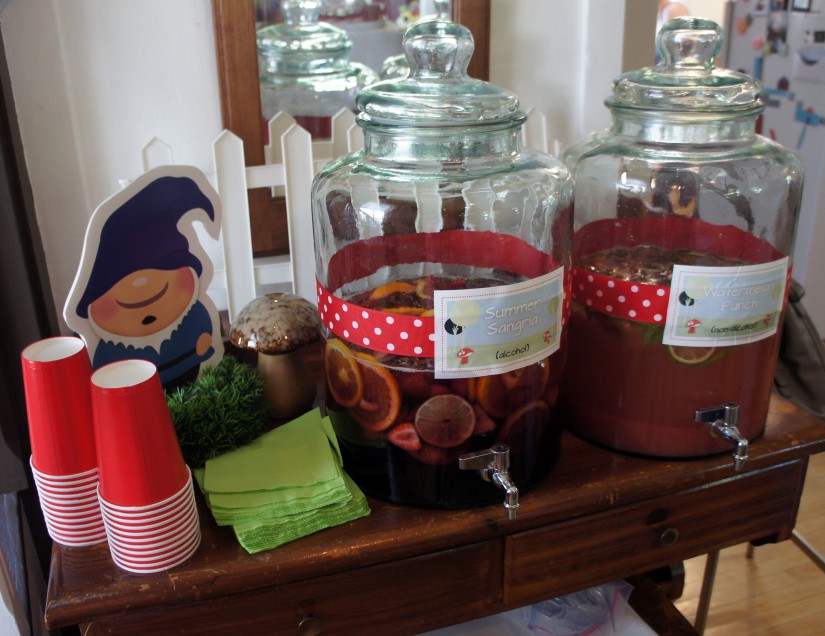 For favors and an activity, I had a flip flop decorating station.  The guests were asked to RSVP with their shoe size and favorite color and I picked everyone out a pair of flip flops when Old Navy had their $1 flip flop sale.  Glue guns, ribbons, beads and flowers were provided and guests went to working adding a little extra pizazz to their new sandals.  It ended up being a lot of fun to see what everyone came up with and guests then had a pair of comfy shoes to bring to the casual camp themed wedding.

Another component of the shower (as seen in the invite above) was donating to the underpants gnome.  Guests each brought a pair of fun new underwear for the bride-to-be and we strung them on a line in the living room.  They were paired with an advice card and the bride had to guess who had given them based on the advice written and the style of underwear chosen.  She had a lot tougher time guessing then I would have expected and there were many laughs shared with the crazy marriage advice and the gag underwear that were about 5 sizes too big.

Finally, I also made a few gnome themed props from foam core and posterboard to take some fun photos of the bride-to-be and her guests.

Even though we were stuffed from all the appetizers, we finished the evening off going for dinner and then out dancing.  I had a ton of fun planning  this shower and providing a special day for my sister and now can’t wait to one day be able to plan a baby shower for her!